I followed my guts. The Invisible Pink Unicorn took care of me.

In a previous post I explained how I decided not to rot in a comfortable, back-friendly chair in a gray ‘n’ badass law firm and move to China to find a better living and broaden my experience and career. I hope you didn’t get me wrong. I love working, I really do, but that was pure boredom and a gateway lead to self-hate. So why endure the punishment? Thankfully, I’ve got to met China, and for me, it became way more than a just country where I lived and developed my career…

First and foremost, China is a magnificent place, period. No matter where you go, China has always something to amaze you with. 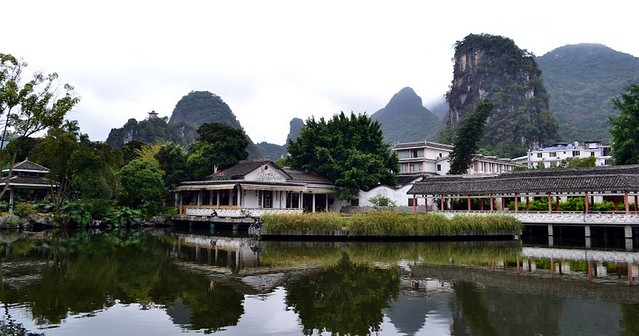 I want you to check out some Chinese amazingness on my Flickr galleries. Right meow. Go, I’ll wait here. Anyway, China gets you if you know how to appreciate her. I especially loved the small daily details about this country and its daily life, as SNOTM shows (it’s about Taiwan, but it’s almost the same):

China is a country to be lived more than any other, especially for westerners. Not just to pass by, behave like a tourist, or live in for some time, even if it is a long time. You can live in China for years and end up knowing little about the roots of their culture and daily routines, realizing that your days were spent drinking gazillions of cheap Chinese beer and fooling around, big lǎobǎn. I can swear I’ve met people who are completely knowledge-proof, and in China, it’s a pretty fucked up thing to do!

China can make a lot of things to you if you let her do so, for good or bad:

China can improve your career. Brains are needed down there. Don’t get me wrong, but the Chinese education system produces some sort of replicant student, reproducing exactly what they are meant to learn, but mostly with a great lack of imagination and abstract thinking. Designers, managers, program directors, and anybody with a career implying taking decisions, imaging and so on will have a space there.

In the same way, China is a place where you can be somebody. It doesn’t matter what were you doing in your country, here you can find a fresh start, maybe you’re lucky and you are the only one doing whatever you want to do there. For example, if you’re a mediocre DJ in Europe, in China just for being a foreigner you’ll be busier than David Guetta. Same for any other job.

China can make you a better person. There you can see and experience the huge gap between rich and poor, that some things you take as granted in your country, are luxuries in other places, like clean streets, tap water, paved roads… luckily you learn to appraise your luck.

China can make you a jerk. In China, a foreigner still is something exotic for them And Chinese girls drop jaws when seeing one, men want to be close to you, party with you, being seen with you. You get invited to drinks, food, girls, parties and whatnot. You can get away with things a Chinese will pay jail time; foreigners dare to do a thing they’ll never do in their homeland, and somehow they feel allowed to do so… Keeping your head cool is complicated and easy to get sucked into this downward spiral of impunity, star-wannabe status, parties, girls by the dozens and free drinking…

China can poison you. One of the biggest concerns I had there was food. News about food poisoning pop up every day. It is said that when a Chinese dies, if you flat him, you’ll have the periodic table of elements…

And heavily drinking báijiǔ, a must when doing any business with a Chinese, does not help. Well, maybe it kills all bacteria, virus, and retrovirus, but it also kills your white stem cells and many neurons. It totally cleanses your body, so after you drink it, báijiǔ becomes your immune system. Anything that gets in your body is immediately killed. Food and flavours too. People stack medicines for a global pandemic. I stack báijiǔ.

There you can meet awesome people. I did, most of them Germans. Well, and a couple of French and Spanish too… 😉 Why there are so many Germans going around the world at the same time?

I had a hell of a time with them, and I just wish I had more time to spend together. Oh, and I started this sick ass blog 😉

But China can be a cruel mistress too. At some point, everybody was finishing their internships, found better jobs overseas, got new plans and projects, and well, started moving out. I reached my goals in the company. In the end, there it was nothing strong enough binding me to China. Time to move, again.

I followed my guts. The Invisible Pink Unicorn took care of me.