Skip to content
Asia has its own version of anything western. Just like with the portuguese egg tarts, the waffles have their own asian version: the eggettes (雞蛋仔).

Just like with the Portuguese egg tarts, waffles also have their Asian version: the eggettes, also known as Hong Kong waffles (雞蛋仔). 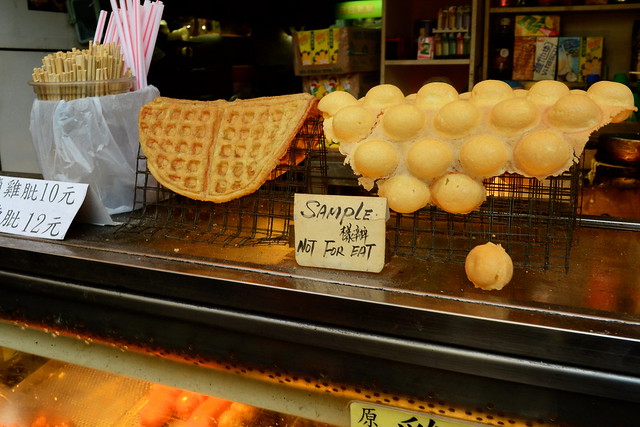 An eggette (also known as egg waffle, bubble waffle and more names referencing to its shape), is a waffle made on a spherical frying pan, with flour, eggs, evaporated milk and sugar. The stalls selling this street snack can be easily found by tracking down their delicious aroma.

Best eaten straight off the stove, bubble waffles are crunchy on the outside and soft and sweet on the inside. They can be served with fruit and flavors such as strawberry, coconut or chocolate, just like a regular waffle.