Skip to content
One of the last gifts of Portugal to Macau is an artsy sidewalk: the portuguese pavement.

The Historic Centre of Macau is a place where the Portuguese Empire still echoes in many ways, especially in the streets and the architecture of the oldest buildings because the tongue and the citizens of are long-gone. One of the last gifts of the metropolis to the colony is the Portuguese pavement (Calçada Portuguesa – 葡式碎石路). 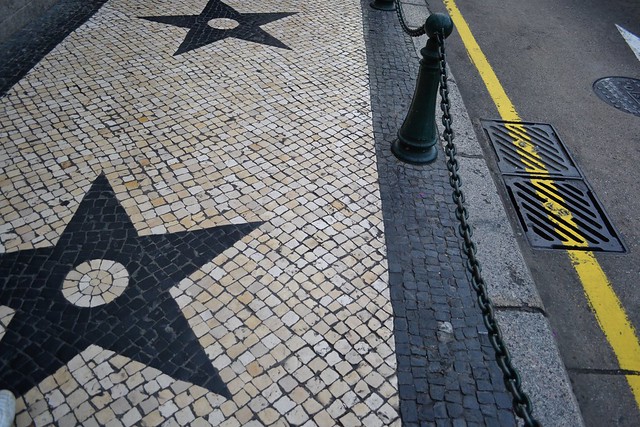 The pavement is made out of black and white stones of basalt and limestone respectively, and is entirely handcrafted, from the design of the entire surface and shaping each cobble, to placing all of them according to the design, one by one, finishing it by spreading cement mix or soil in between each piece, compacting the surface.

This traditional pavement is used in many pedestrian areas, mostly in Portugal, but also in many other places from their old colonies of such as Brazil and Macau itself.

Unfortunately, these mosaics are excruciatingly hard to create (see the picture above!), and are high-maintenance, thus making the traditional art of the calceteiros (name in Portuguese of specialized worker crafting these mosaics) rare and expensive. Also, the streets and squares paved with this technique tend to be treacherously slippery! 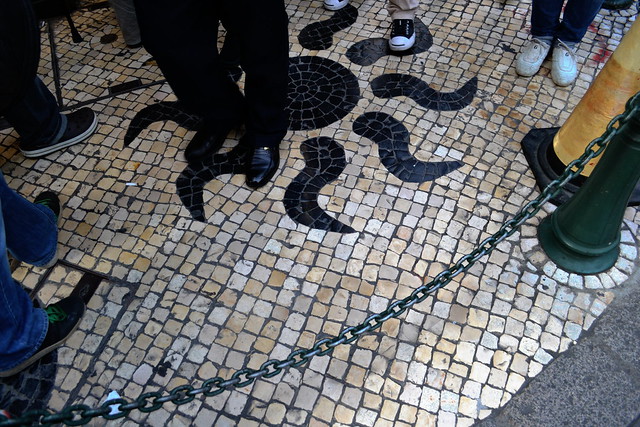