What it was another method of making the tough skin of a pig edible, has become the perfect snack in the northern States of Mexico: chicharrones de cerdo. 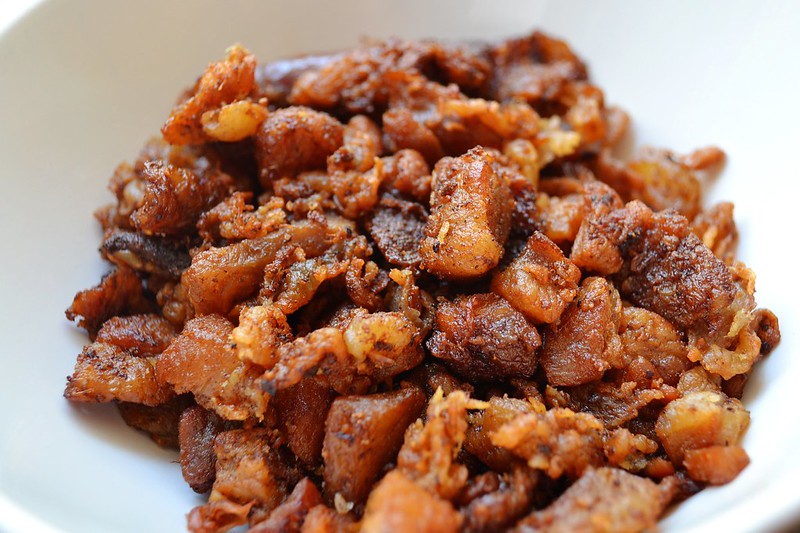 Chicharrón (chicharrones in plural) is the name given to the chunks of pork skin, cooked and eaten as snacks. This is a dish that spread from Spain to all its colonies after the Discovery of the American Continent, so each region has a recipe.

In Mexico, it can be said that there are two main recipes, both having in common the patience because it is a time-consuming dish to prepare. In fact, it is not usual to cook your chicharrones at home, both for the mess and the time you will surely spend in the kitchen, so people just buy them at the nearest cremería or butcher shop. Anyway, about the recipes, we can say there’s a meaty chicharrón and a skin chicharrón.

For the first one, any part can be used, but the belly is preferred as it includes a layer of skin, fat, and meat. It is cut in chunks, salted and slowly fried in its fat, making it meaty and tasty, as can be seen in the first picture of this article. They can also be served in soup, or make their way into a taco, which in some areas is called ‘taco placero‘.

A taco placero is the kind of tacos typically sold at plazas (placero means ‘from the plaza‘), where there is no space for a kitchen or cooking on the spot is not allowed, so the food carts sell tacos with easy fillings like chicharrones, cheese or beans paste, sometimes even pre-cooked guisos.

Other recipes use only the skin, especially the commercial ones. After boiling and drying a piece of skin (as seen in the picture above), any remaining fat is scraped off, then deep-fried until any trace of moisture disappears, making this kind of chicharrón crunchy, dry and fluffy, as shown above.

Learn more about Mexican antojitos and its recipes over here, or see more of them at their Flickr gallery.