Skip to content
What in other parts of the World is a deadly disease, the Aztecs considered a gift from the gods. 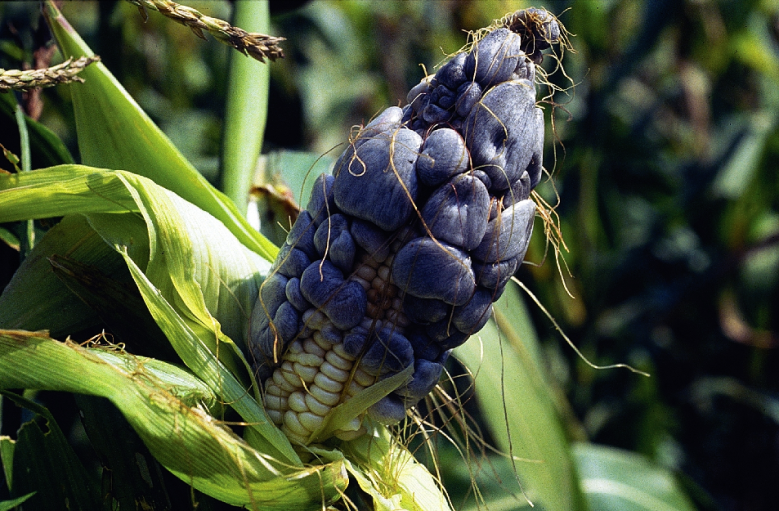 And summer in this valley brings high levels of humidity and heat on the parcels where milpa is grown, which is ideal for the development of several fungus species, particularly the parasitic smut fungi. This infection overgrows and bloats the kernels of the corncob, giving them a burned, scorched appearance, with blue and black colors staining the natural yellow. This characteristic effect made the Aztecs name this infection huitlacoche, also popoyotl, both Nahuatl words meaning ‘burnt maize’.

What in other parts of the World is a deadly disease that makes farmers destroy entire crops, here the Aztecs considered this a delicacy, a gift from the gods with mystical and aphrodisiac properties. They even harvested it, intentionally infecting their corn by scratching the base of the plant with a mud-smeared knife, as the spores can last up to three years in the soil. 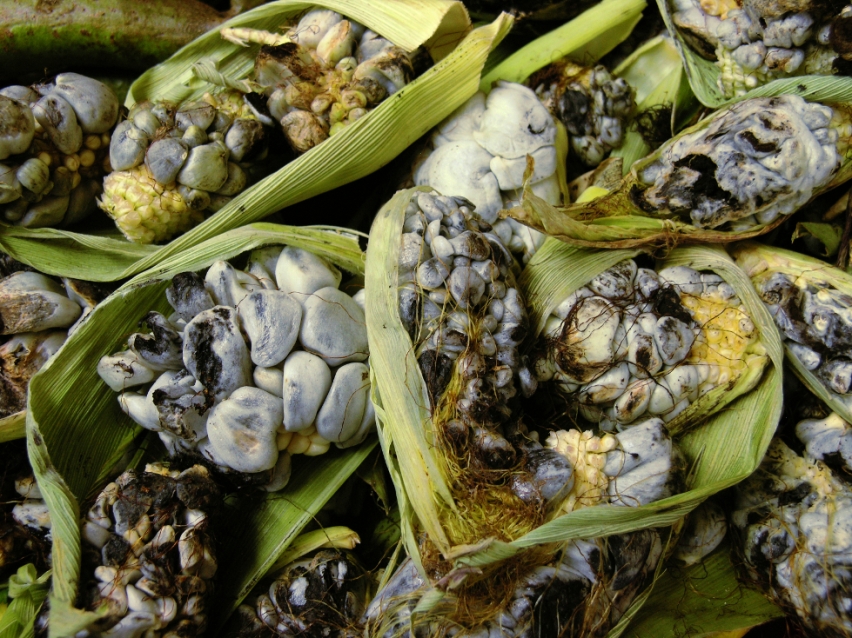 The infected corncobs are harvested about two weeks after infection, when they still keep moisture, as fully-developed smut makes them dry and spore-filled. They are separated from the cob individually; afterwards, their shelf life becomes drastically short: two weeks tops, as the spores take over, going all rancid from fermentation.

Mexican cuisine still uses huitlacoche. It is cooked like any other mushroom; their taste is even quite alike. Not only traditional dishes like tacos, quesadillas, or omelette include this ingredient, but also modern restaurants use it for fancy, fusion recipes. Some self-glorified cooks call it ‘the Mexican truffle’, which I think it is way too much to say, but well… I never got the deal with truffles either, so don’t take my opinion for an expert one…

Uncredited pictures on this post are from the great galleries of the CIMMYT, under CC license.