Skip to content
I have spoken before how in Mexico everything has to be spiced up, and now is time to reveal that not even coffee can escape this fate.

From meat to beer, shaved ice and fruit cups, Mexico likes to spice up its life through food. Natural flavor is not an option here, and with coffee they have their own way with it too. 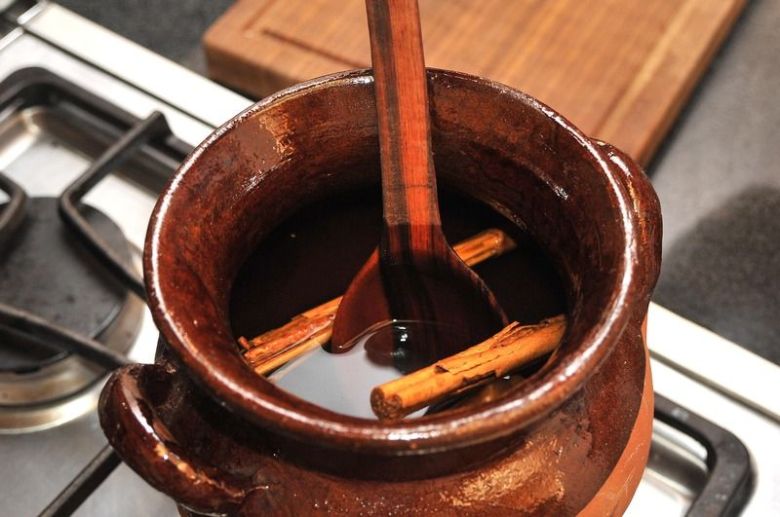 Historically speaking, coffee is not originary from the Americas, but after its introduction into the continent it became a hit, developing its own plantations in the southern states of Chiapas and Oaxaca, which even today remain as one of the largest and well-renowned coffee producers in the world.

Café de olla (spiced pot coffee) has an strong historical component. It is not just a ‘Mexicanized’ beverage, but it also originated during Mexico’s most favorite period: the Revolution.

So during the Revolution, soldaderas prepared coffee for their revolutionaries, and there were two things that made them prepare coffee in a special and unique way: one is that the coffee was diluted to make it last loner, and the other was that sugar was too expensive, so they came up with the idea to compensate both by spiking the brew with cinnamon to cover the lack of kick (back then it was considered a stimulant), and piloncillo instead of sugar (which is way cheaper), sometimes with cloves too for extra flavoring.

Piloncillo is quite a special ingredient, as it is the result of drying unprocessed sugarcane syrup before it is refined to make regular brown sugar. It is extremely sweet, with a slightly anise touch due to the impurities it contains. With time, chocolate was added to the recipe, too.

Regarding the preparation, it is really easy: get grounded coffee, a cone of piloncillo to taste, some cinnamon bars, put it all together in a clay pot and bring it to boil, but keeping it on the brink; after a while, the coffee is to be filtered and served. If done well, it has to have an earthy, strongly spiced flavor. If not, it will taste dreadful… there is no middle ground. 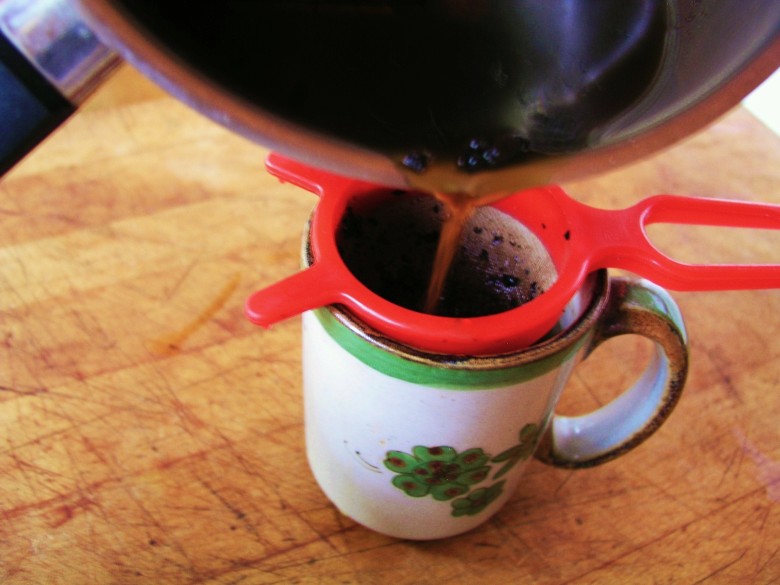 When preparing café de olla, it should be essential to use a clay pot, as this is precisely what gives a special flavor to the coffee, as well as its name. Though it is not necessary when serving, modern . Nowadays, it is also available like any other instant coffee, too.

Pictures by Kathleen, whose blog has a long and detailed list of Mexican recipes.